The Gorge Of Kritsa 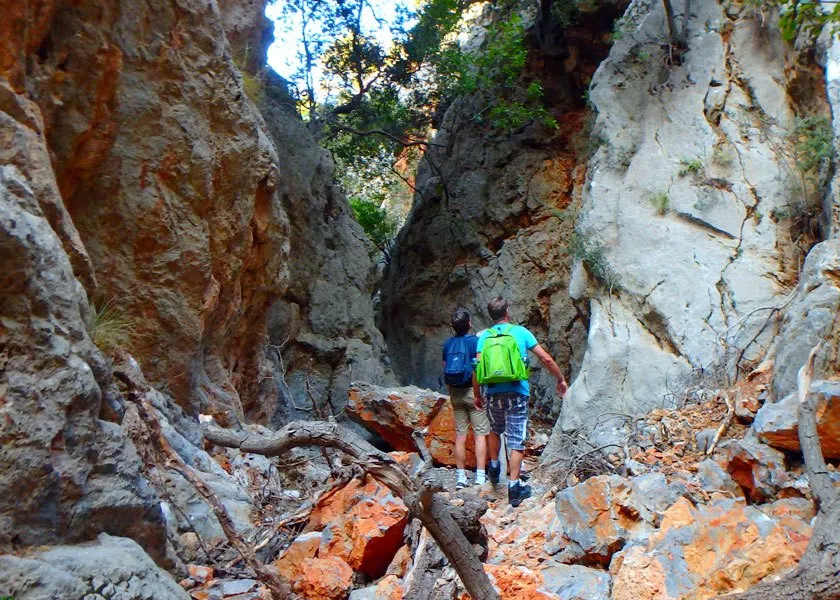 Kritsa Gorge starts near the picturesque village of Kritsa, 9.5km southwest of Agios Nikolaos and ends at the village Tapes. It’s 4km long, reaching a width of only 1.5m in some places. It is easily accessible with a few points that need cautiousness, where you have to climb over some big rocks (not too hard).

The only time you should not visit the gorge is when it has previously rained and there are some ponds formed within the gorge which blocks the passages.The entrance of the canyon near Kritsa is impressive, as the mountain is torn into two, shaping the narrow passage of Havgas.

Apart from the main path starting next to the stone bridge of Kritsa, there's a second trail starting in the village. Near the starting point, there is a large rock which you can climb quite easily. In that point, the canyon becomes even more impressive with very narrow passages and tall walls surrounding you and blocking sun rays.

It is a masterpiece of nature which is worth visiting, especially in spring when flowers bloom and there is a little water.

The Gorge Of Kritsa