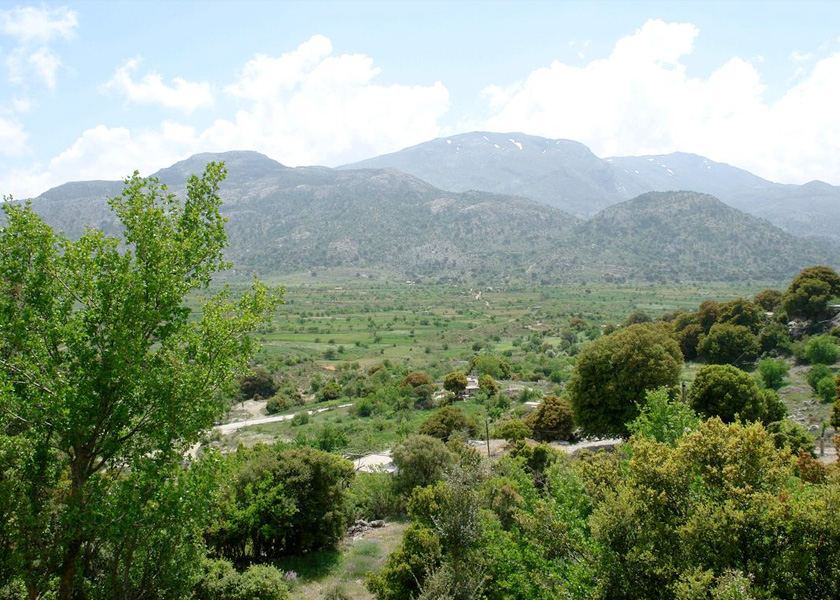 The plateau of Katharo lies 26km south of Agios Nikolaos and 16km west of Kritsa, at an altitude of 1150 meters. The waters of the Plateau are transported through the beautiful gorge of Havgas into Lassithi Plateau.

Katharo is uninhabited, although there are several farmhouses belonging to the villagers of Kritsa. You will only see a few family gardens with potatoes, apple trees, and vineyards, mainly grown by the shepherds of the area. You will also see the picturesque chapel of Lord Christ, celebrating on August 6.

Katharo can be accessed through Kritsa, by a narrow but beautiful road that leads to the plateau. If you have an elevated car it is worth following the road that connects Katharo to Lassithi Plateau.

Lastly, there is a third rough dirt road connecting the plateau with the Males village, next to Ierapetra. Katharo is a scenic place of Crete, quite different from the usual places on the island. In summer, you can walk between stone walls, apple trees, oak trees, but also explore the surrounding mountains.

In the Plateau, you will find a few taverns that cook traditional dishes and operate throughout the summer. On the other hand in winter, when Katharo is usually covered with snow, the taverns are open only on holidays and when the weather is good.

Finally, it is worth mentioning that the plateau is a very important point for research by paleontologists as since the 19th century fossils of elephants and dwarf-hippos have been found, dated around 540,000 years ago. This is exactly what maintains the belief that Katharo was once a lake, around which these animals lived.